How to dodge the recruitment screening robot!

How to dodge the recruitment screening robot 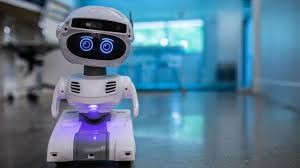 Your dream job, say as a Google programmer or a globe-trotting wine taster, appears in a posting online. You submit a resume and a week goes by — no response. After two or three more, still nothing. The simmering distress boils over as you realize that a response will never come, and you'll never know why.
"Don't take it personally," a friend tells you over drinks. The advice sounds canned but is quite literally correct: A robot likely read and rejected your application.
The robot is actually software known as an applicant tracking system (ATS) and it's used by about 95% of Fortune 500 companies and many online job boards, says John Sullivan, a management professor at San Francisco State University. Since applying for a job is just a click away, companies and staffing firms need to sift through hundreds, sometimes thousands of resumes. The top ones reach human eyes; the rest don't.
But don't fret: The algorithms "are quite beatable," Sullivan says. "It's easy to follow the rules, but the applicant tracking systems will never find you if you don't."
Here's what experts say are the best ways to play the applicant tracking game.

Keywords are (nearly) everything

The first step in beating the job-search algorithms is understanding how they work — and it's not as complicated as you might think.
The system searches resumes for keywords mentioned in a job posting, then tallies up those keywords and determines which applicants have the most relevant skills and experience. But applicants cannot simply regurgitate important terms over and over again.
"Keyword bingo doesn't exist anymore because products have gotten more intelligent," says Scott Gordon, national director of recruiting at the staffing firm Vaco, which has used the software since its founding in 2002. The algorithms not only value quantity but quality, he says.
Applicants should use keywords that appear in the job posting as well as acronyms or synonyms that communicate the skillset. For example, if you're applying for a job as a computer programmer, you should mention computer programmer as well as related terms like coder and developer. Furthermore, you should refer to coding languages such as Cascading Style Sheets by both its full name and its acronym, CSS.
Another tip: use the words precisely. The algorithms "can read phrases, sentences, and paragraphs," Gordon says. But again, don't repeat them. "Our rule of thumb is three times," says Kathy Spearing, managing director of management resources at the hiring firm Brilliant.

The algorithm isn't perfect and more so, is a fussy reader. It can't take in resumes in PDFs, nor headers and footers. Other flourishes to avoid: playful fonts, photos, logos, colored paper, and text boxes. All hey can all prevent the ATS from properly scanning an application.
"Candidates must resist the urge to make their resumes 'beautiful," says Ken Hamada, a product manager at the hiring firm Korn Ferry, which works with client companies that use applicant tracking systems. "Keep it simple."
The best way to do that? Just use good ol' fashion Microsoft Word.

These keyword and formatting tricks can obscure the ultimate goal: getting an application in front of a real-life human. "Once you enter the information into the system and it selects candidates, a human being on the other end won't just take the applicant tracking system for its word," Vaco's Gordon says. "The human factor will be the deciding factor every time."
In other words, if you say you have a skill set for the sake of keywords, you better mean it. In addition to technical skills, the soft skills of communication and cultural fit inevitably come into play, Brilliant's Spearing says. Those skills can shine in a well-written cover letter, as well as the interview likely to come if your application makes it to the top of the heap.

Pick up a phone — seriously

Algorithm hacks such as these can help an application outperform the others. But a well-placed phone call to a hiring manager or human resources representative helps an applicant stand above the digital fray.
"The phone is extremely important," Vaco's Gordon says. "It's definitely important to establish some sort of rapport."
Amid an expanding economy with low unemployment, a persuasive phone call could even allow an applicant to circumvent the dog-eat-dog online gauntlet altogether, says Peter Cappelli, a professor of management at the Wharton School.
"The bargaining power is shifting," Cappelli says. "You're more likely to call somebody and say I don't want to fill out an application on ATS. They may say, 'OK, fine.'"
Visit our website www.yourcvforlife.com for all our latest CV and LinkedIn rewriting packages.
or send us your CV to robert@cvforlife.co.za or carike@cvforlife.co.za

Popular posts from this blog 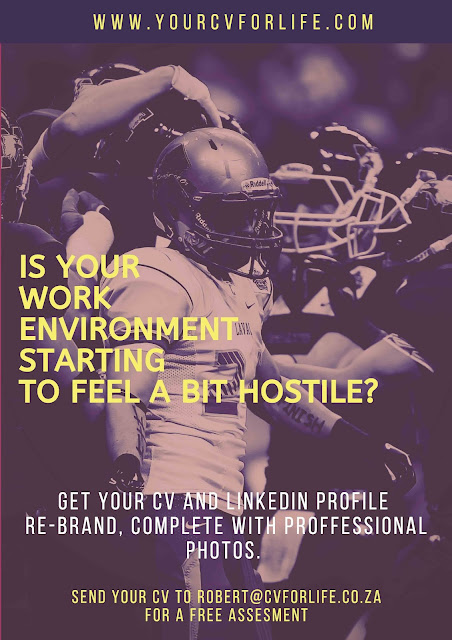 Build your personal brand in the work place and make the most of your career opportunities in 2020! 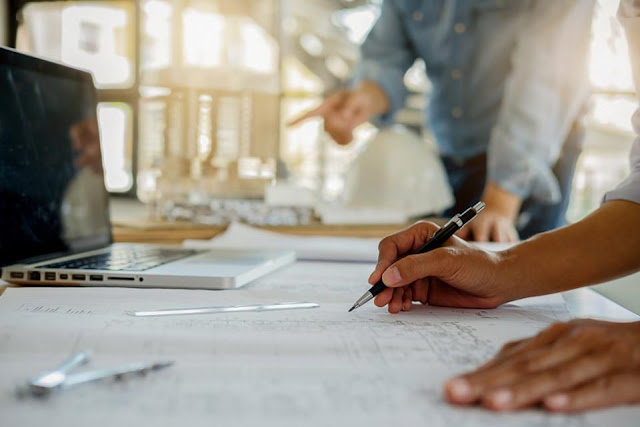 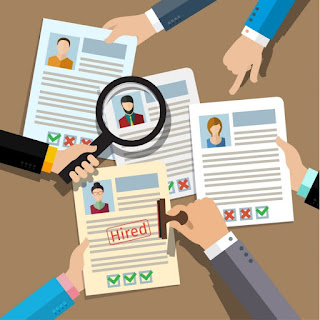 Resume VS Detail CV - the ultimate showdown  by Rob Ridout

So what is the difference, you ask. Actually, it is simple. The resume is a one or two pager and the detailed CV is the old school four to six pager. Yes, six pages. So that was an easy answer but when to use what document is a slightly more complicated issue. But of course not impossible to understand.  Here are some of my guidelines.
When applying for any role read the advertisement carefully. Most recruiters and especially HR managers will request either a Resume or Detail CV.  As with most advertised roles, there is usually an overwhelming response from applicants; the HR manager will ask for a resume rather than a Detail CV as to ensure that they spend less time screening and more time shortlisting. Remembering again that most HR practitioners loath recruitment and try around spending to much time on this very mundane task.
“Loading” your resume
When applying for a role most candidates just don’t seem to t…
Read more 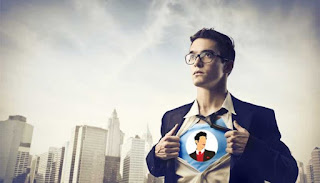 2017 - The world changed. For talent around the world, the dream had come true...choice! In the dark ages, we found our jobs in print newspapers. Recruiters and companies advertised their roles in alphabetical order on uncoated paper. We waited patiently every week for these large publications to release their staffing inserts. The ultimate problem!  A single communicator (the recruiter) speaking to an audience who had no opportunity to speak back let alone ask questions. Just press the send button on the fax and hope for the best. That's right - the good old fax. (Another soon to be outlawed technology dinosaur)  This was the world where the headhunter reigned supreme, with the ability to find and sell their opportunities in a space where top talent indeed was “hard to find.” The golf course became the place to be seen - the ultimate hunting ground, the extended boardroom. Even the newspapers such as the Sunday times had teams of designers arranging pages, formatting headings, all…
Read more

Attitude! The key to the right career move. 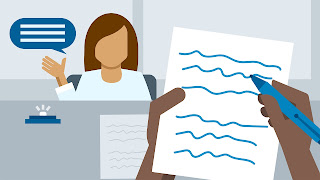 Attitude! The key to the right career move. by Rob Ridout

The job market remains a massive black hole for most individuals. So before you are even in the job market, you are tied down with this dark cloud of pessimism, lined with the possibility of a long drawn out process of bleeding through the eyes. Really?  You are going to be moving jobs a few more times in your career lifespan so get your attitude right before it gets the better of you. So there are some basics that I try to teach all my clients when they enter the market.  These principles are critical to your entire employment process. However, some are more efficiently used at the initial part of entering the job market and then other principles focus on the actual engagement process such as interviews all that nasty stuff.
Become the opportunist
Go and read one of my previous articles on this critical subject.  http://yourcvforlife.blogspot.co.za/2017/12/are-you-opportunistic-candidate-by-rob.html
Indeed this is where it all star…
Read more

Get your CV/Resume/LinkedIn profile re-written today! 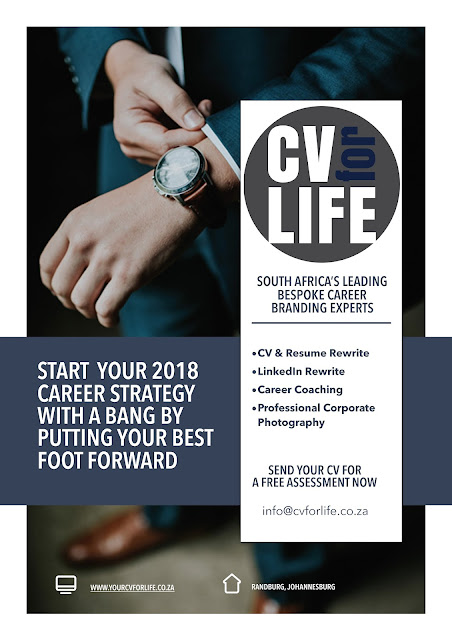 This is the skills you need to have! 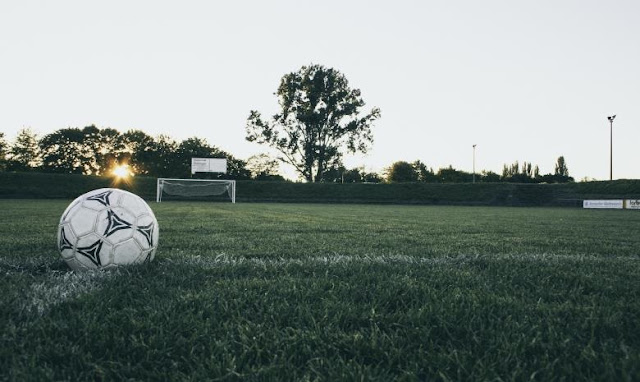 Great article on top skills  This list is great and as an experienced headhunter, I feel these skills are very important for anybody who is serious about considering growing their skill base especially when considering a move into a more senior role.
https://www.careers24.com/career-advice/career-growth/21-skills-you-need-to-earn-big-bucks-20160913? utm_source=Careers24&utm_medium=Content

For a free assessment on your CV - robert@cvforlife.co.za or visit my website www.yourcvforlife.com
Rob assists his clients as a career coach and CV/Resume writer. His business CVforLife based in Johannesburg offers career coaching services and career counselling as well as CV and resume writing services.
#CareerCoach#CVwriter#ExecutiveCVwriter#Resumewriter#LinkedInwriter#Employability
Read more

Skype - getting it right! Skype - getting it right!
by Rob Ridout
Skype can be a nightmare for many people, looking at the screen not knowing what your interviewer is thinking is just too much for many people. Here are some practical tips on how to rule in your Skype interview.
Create Your Set.  You want to make sure you angle your computer correctly and sit with a proper basic background behind you. Try to avoid interviews in your bedroom or with big art behind the walls. Pick a quiet place to interview without an elaborate backdrop so that you can be the focal point on the screen. Test your technology Do a technical check before your online interview begins to make sure that your internet connection is stable enough to avoid dropouts and poor sound and picture quality. Consider setting up a dedicated external lapel or desktop mic if your built-in mic sounds muffled. Have a list of links to a resume or portfolio ready to copy and paste if required. And ensure your Skype name and photo are professional looking, so …
Read more 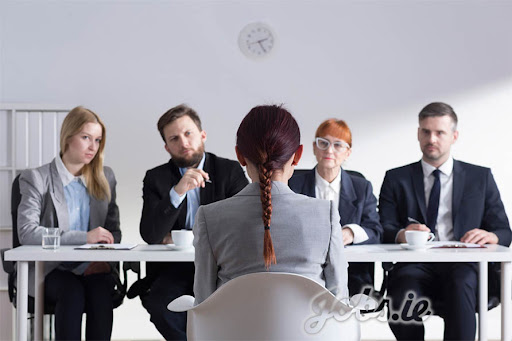 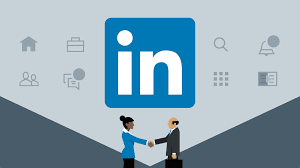 As LinkedIn continues to grow its database of user information workforce trends start to emerge that could add massive value to way stakeholders in the employment sector conceptualise products and services. I found this article to be very insightful and the trends that Jeff speaks highlights will surely start to shape what LinkedIn will look like in the future. An excellent read.
At the eighth-annual Talent Connect in Nashville, LinkedIn CEO Jeff Weiner shared his view on the most important trends impacting the global workforce. “There are really three themes that are worth calling out,” Weiner said. “AI and automation, the skills gap, and the rise of independent work.” Those three trends will transform the way employers hire, develop and retain talent. And it’s important for all professionals and companies to prepare for these trends to maximize the potential of the global workforce, Weiner said. https://learning.linkedin.com/blog/future-skills/linkedin-s-ceo-on-the-3-trends-that-ll-sh…
Read more

Read my latest article in the FINWEEK! 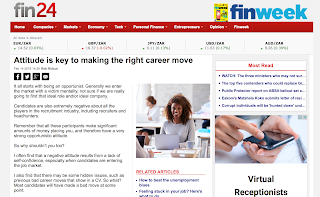 Read my latest article in the FINWEEK! https://www.fin24.com/Finweek/Featured/attitude-is-key-to-making-the-right-career-move-20180214 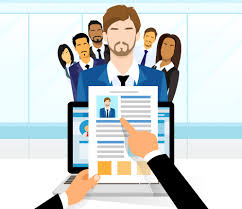 Over the course of my 24 years as a headhunter, I’ve interviewed hundreds of candidates and also forwarded many candidates for many interviews with a diverse client base.

I do believe that in South Africa we suffer from what I call the victim mentality”. From very early on in our careers we are told that there are massive amounts of unemployed people walking the streets. The fear of the dreaded interview or unemployment failure is embedded into us almost immediately without us even starting work. This constant flow of negative publicity is brought to us through all sorts of formats especially in the media and recruiters.
Once we are in a position to start looking for work and starting to apply and then start with interviews there is an element of fear already in our minds especially when it comes to the actual face to face interview. I often meet and interview candidates who tell me at the beginning of the interview that hey do you not think they will find a job and even worse find a jo…
Read more